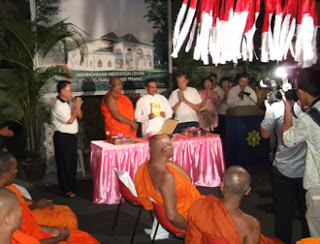 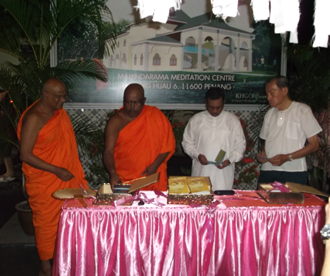 Photos of the Book Launching at Mahindarama Buddhist Temple on Vesak Eve 2012.


Visit our blog:House of Inward Journey.

This is an absorbing work of fiction woven around the life of the Buddha, The Supremely Enlightened One. The well known episodes are dramatized vividly through imaginative visualization. The most outstanding quality of this work is that Prince Siddhattha and other personalities are vibrantly made alive. Though a work of fiction, it reads very much like authentically realistic presentation. Those who have been familiar only with the familiar aspects of the life of the Buddha, will find this refreshing aspect.
~ Singapore Buddhist Meditation Centre

PORTRAIT OF THE BUDDHA